Cosmonauts Day - Paths of The Restless 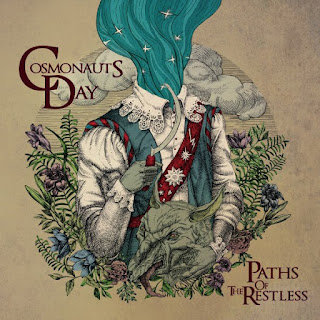 first of all, sorry i've been so lazy, just haven't been feeling up to sorting through music and what not lately but now i do. so these guys where good enough to send me an email so i'll post their spaced out russian jams for you guys to enjoy. some of the riffage is a little different but its definitely some great tunage for sure. check out the links below and as always try to support all the bands that i post here. stay tuned for more, i have material from other bands that i need to post, sorry for taking so long guys, it is all appreciated!
check them out on facespace
bandcamp
dig it
also, you can probably see i added the sopa badge to this site, its not that i believe muscians shouldn't make money off their work, but that whole thing is a witch hunt and i'd stick it to anyone who's in a position of power like that trying to smash a dumb ass bill like that thru and states on camera that they dont know what the bill is about and that they need to get some nerds in their to explain it, well they can go to hell twice. by nerds do you mean people that are obviously smarter than you, this country is in such a bad way, holy tap dancing christ!
Posted by Mr McMayhem at 2:21 PM No comments: 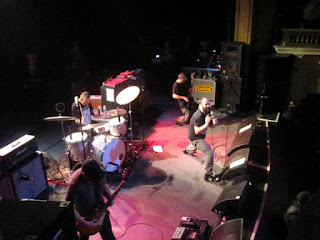 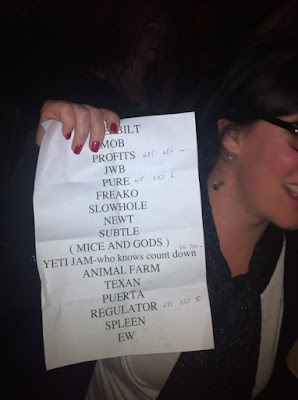 it may be kinda hard to read that but here's the set list the clutch played on new years, btw it was an amazing show!
oh also there where a bunch of encore songs, and they where......
Cypress GroveBig News ISoapmakersBurning Beard
the show poster pretty diesel!
and some assorted pictures and videos from people i know who where there and also people that where near where we were standing. the awesome picture of clutch on stage taken from the balcony was from a buddy of mine which i grabbed it off his facespace because my phone is fucked and i didn't take a camera. and the video below is taken from the sound booth that was like 15 feet behind us, which at the troc that's a lot of distance, pretty small place honestly.
the mob going wild, or, Clutch-The Mob Goes Wild, Live, 12-31-11, the troc, philly.
oh a note about this, ^, link, go to it and watch the video and there are a ton of other videos from that new years eve show. it was an awesome set by clutch for sure!
oh also apparently this chick i almost got into a rumble with was really bothering someone else according to my buddy there was a post on clutch's message board about how some 'crack head' chick was bothering people trying to be a tough guy. and then she got her hefty ass tossed from that bitch, good job!
so as far as a review goes i think its pretty obvious that clutch was one of the most amazing bands i've ever seen live. they where on top of their game and just a blast. as far as the other bands go, earthride was fun to see, my buddy said they looked and sounded like they've been on the couch for the past 20 years or so but i think they where pretty fun still to see live. kyng was good, they're kinda like clutch lite, or they try to be, but they where enjoyable to watch as well, both the singer/guitarist and the bassist where fun to watch and their drummer especially was one heavy handed bastard with some strange but very interesting technique. and finally we come to COC,w/o pepper, uh yea, i'm sure they're nice guys and all but i was about done with them about a dozen songs into their set. they where like a movie that had a million endings and never stopped, ugh. but clutch made up for it, the place almost tore itself apart but clutch made up for it most definitely!
there rewster, ya happy, ya browbeat me into it and now its done, lol.
Posted by Mr McMayhem at 2:48 AM No comments:

Grifter - The Simplicity of the Riff is Key 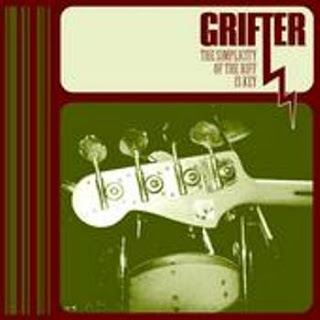 so this isn't brand new or anything, its in fact from 2010, but as soon as i started listening to it i was really diggin it! plus i had to post somethin for my greek buddy cris' birthday, so here ya go man, happy birthday. hope your birthday rocks as much as this album does! check out cris' band dope flood, especially if you live around larissa greece (lucky bastards).
dig on some of this action!
Posted by Mr McMayhem at 7:51 AM No comments: 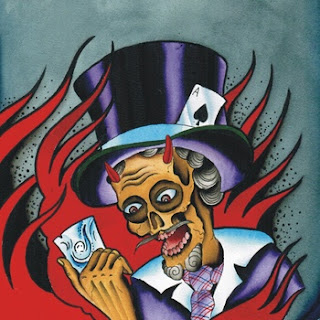 so i've been extremely busy and lazy at the same time lately. sorry for not bringing the awesome. i'll try, well not harder, but i'll try. but anyway, dig on some of this fun stoner/blues rock. you can pick up the 2 track ep from these guys at their band camp which i've provided below. they're pretty diesel to my ears because they'd be one of those bands you'd go see and have a ton of fun and probably smell like beer, sweat and probably piss a little too. so all in all it'd be a fun time. check em' out.
bandcamp site, dig it
Posted by Mr McMayhem at 1:50 AM No comments:

CLUTCH WAS FUCKING AMAZING ON NEW YEARS IN PHILLY! holy shit what a fun time! i'll stop being lazy for a minute and post the set list (a picture of it) and video and photos and all that stuff. it was awesome! see them if you have a chance, at all costs!
Posted by Mr McMayhem at 6:21 PM No comments:

YO HELP ME OUT!

alright so there was this band that was posted on the sludge swamp called the del rios out of pittsburg pa and it was a live recording but it was diesel as shit and the singer was this awesome chick who could really kill some ac/dc tunage but i fuckin lost it so help me out my droogies. now fly my pretties fly! and bring me that fuckin album or contact with the band.
Posted by Mr McMayhem at 6:18 PM No comments: