Diving into some background tunes can typically be a helpful venture for any musician. There's no point in reinventing the wheel, however, we can make it lighter, faster and with more skulls for coolness. But in the end we're typically still playing the same blues riffs from 50 years ago.

Anyway, with that said, I came across this album while exploring another blog, Silverado's Rare Music (link in post script). This is a great blog to explore if you frequent dark, dingy used record joints that smell vaguely of mold spoors (old albums).

Moloch's self titled album is really representative of the style and the time period, you get the boogie tunes but also the slower tempo, more lament based blues tunes as well so its very complete. Its a real shift from 'Same Old Blues' to 'Cocaine Katy', however its a shift that I must say makes sense in the overall scheme of the album.

This experience of an emotional range in an album is notably in contrast to the typical current state of underground rock. Many modern players will keep up a pace throughout a record that makes the album 'cohesive', however at times this may limit the potential of the work. With this in mind these older works add a dimension that is sometimes sorely lacking in modern records and that dimension is variation within a style.

Leaving all the technical stuff behind its super easy to enjoy this record. The choices of piano, hammond and a myriad of other choice instrument tracks compliment the familiar blues shuffles and typical patterns of the style and fill in the gaps. At least add a copy of this great record to your digital library as I do not believe you will be able to catch these guys live, or living? The wax version can be had on discogs relatively cheap as well (link in post script). 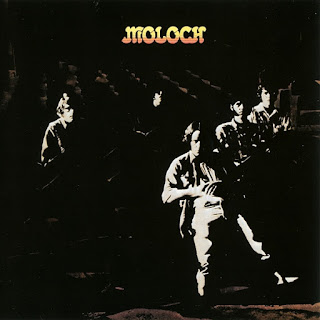 Its a hard sell sometimes across the board when it comes to 3 piece bands, especially when they are instrumental. I personally know guys in the underground scene that appreciate the shit outta this sort of music and just can't get down with the 3 piece let alone the lack of vox.

However, I personally can dig well thought out instrumental tunes. I suppose maybe it has to do with the riff structure and appreciating the methodology of the construction. Either way, doesn't matter what I think beyond this record being worth your time. That's the point we're driving at here.

Its a tough swim these days through the sea of tunes and bands on outlets such as bandcamp. With that said after about 6 disappointing records I came across these fellas, Fuzzcrafter. From the opening riffs of the unceremoniously named, A1, I was very much pleased with the bass work. The tone, attack, structure and execution of the riffs are very nicely done with a precision that isn't always analysed and appreciated.

In my humble opinion, Fuzzcrafter should continue to capitalize on their talented low end to drive the three piece. This isn't to diminish the finely composed guitar work, especially on pieces that show case such work as A4.

This album portions out its fair share of heavy, spleen crushing, vibes along with some riffs so sweet you'll want to check your blood sugar levels. Couple this with the offering's variation and execution that many would spend eons striving for and you have a head nodding good time. Catch Fuzzcraft's S/T on bandcamp, and as always, check them out live if you have a moment and are in the Lyon France area. 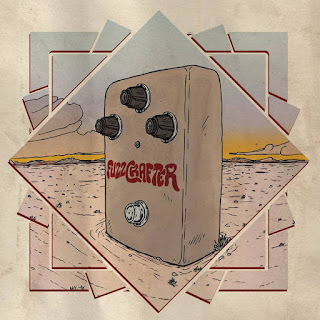