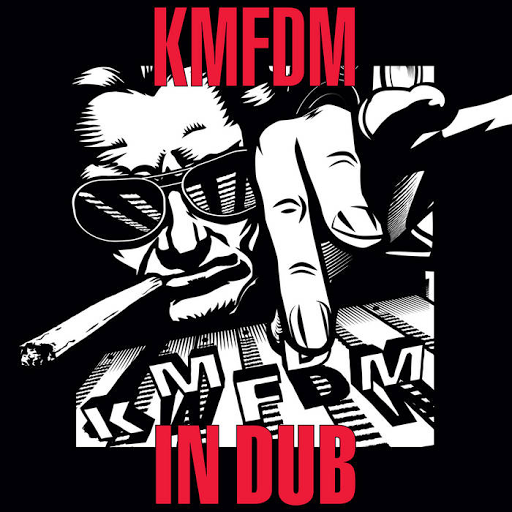 i typically dont do reviews on this blog of albums outside of the 'weed rock' sphere, but from time to time i think its important to cleanse your audio palate.

i believe i heard about this album on media monarchy, great podcast if you've never checked it out, with a seriously knowledgeable host, in tunes and media & what not. i'm not particularly into kmfdm's stuff as even for me their usual albums are a bit industrial for my taste but to each their own. however this album is quite different, its well produced with care paid to structure in almost a homage to outfits like the specials.

so if you're feeling a slab of ska infused with sound bites and the freedom of a group making an album rather than filling a prescribed mold, check this one out. its different and that's good.

they're on spotify but try to check them out on bandcamp

Posted by Mr McMayhem at 7:46 AM No comments: 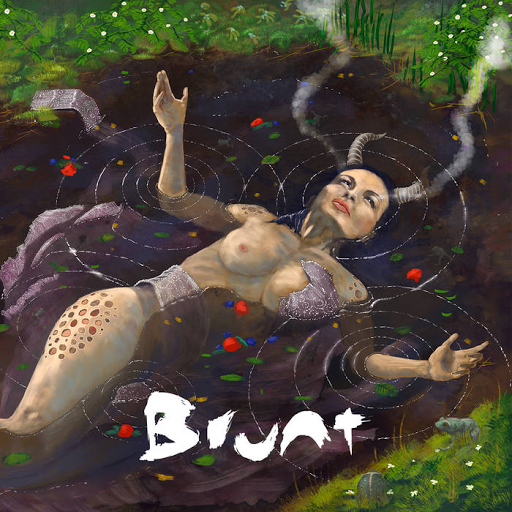 it seems when i've decided to simply write a post to put a post, i come across something brilliant.

i dont know if i should feel like a smacked ass not having heard of Brunt, but i certainly will be cruising back through their catalogue after hearing this epic slab. one of the biggest things that sometimes lets me down is the perceived heft in an album. some riffs and consequently albums are ruined if the bottom end and sustained growl isn't present enough in certain genres and in psych and the wider 'stoner' realm this is important. brunt hits this concept on the head harder than a 10lb sledge.

typically i'll use studio headphones for reviewing most albums and where many records land flat, it feels like this trio from an island in the english channel have sorted out how to fit 10lbs of balls in an 8lb bag.

i like it, i'm going to check out their other stuff as well, give it a spin, there's some real honest riffing and writing on this one.

Posted by Mr McMayhem at 1:41 PM No comments:

All Them Witches - Nothing as the Ideal 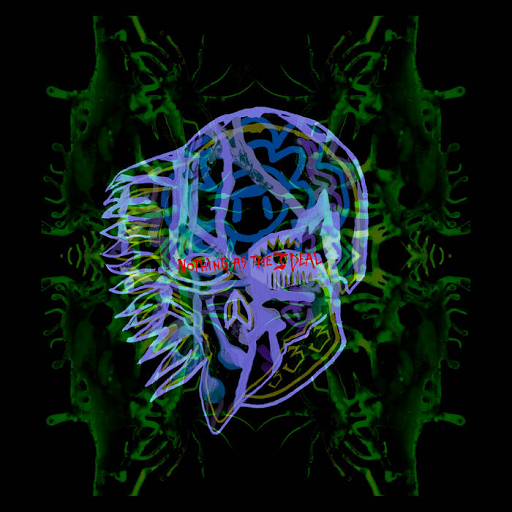 i dont have too much to say about this record. its a solid all them witches record. its a good slab from front to back, i think its all sold out right now on their bandcamp for vinyl but go get a copy. the only reason i'm probably not over the moon is that new yawning man record is a killer. i need some kind of sorbet for my ears to cleanse the sonic pallet.

like i said, of course these guys did a good job on this record, they're a talented outfit, not sure if i dont care for much of their work. check it out, patronize all the bands you can right now however you can, at least listen to their stuff so they know people give a shit still.

Posted by Mr McMayhem at 1:16 PM No comments: 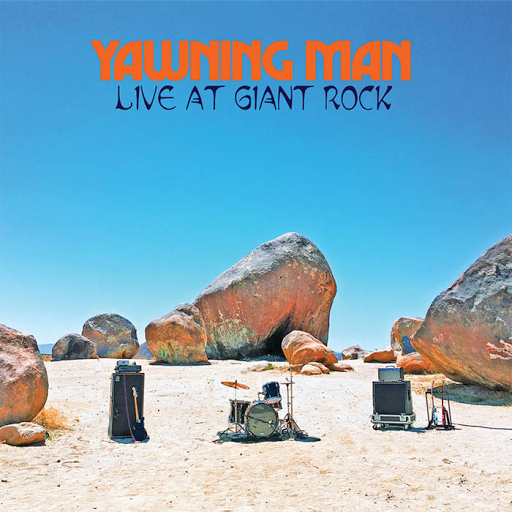 yawning man has always certainly been on my short list of great instrumental rock outfits, however with this release they've moved upward for sure. to be clear its not that i'm hyper critical of yawning man, its just that the field toward the top is packed with people who have mastered the art of the instrumental trip.

outfits like earthless, karma to burn and sleep are obvious heavy hitters that dwell in this realm, but to be perfectly honest yawning man is a better instrumentalist band than sleep, can chill better than earthless and rocks out longer than karma to burn, there i said it, wanna fight about it?

to each their own of course and again not taking anything from those other outfits, this album live at giant rocks simply blows doors and ups the bar.

where this record deviates a bit from some of the other riff trippers out there is the attention paid to ambiance and the notable lack of overly 'wild' guitars. there's no disturbing freak outs, only pure flow without the tedium that sometimes comes with such productions. in a way the record reminds me of a vox-less symphonic space trip or desert drive literally or through your mind with some assistance from some fungus.

i'm currently on my 3rd play through and i'm still finding things to rave about. the nuance is palpable, one could use this album as a master class on well written and well executed psychedelic riffage of the highest caliber.

one final note on this album, if you're into the some of the 2000s era hardcore you should listen to the final track's chord progressions and harmony parts in the guitars, you'll find the melody seems like its going to build into a screaming break down but the tune just rolls along. yet another example of the complexity of this release, fine work indeed.

Posted by Mr McMayhem at 9:03 AM No comments: 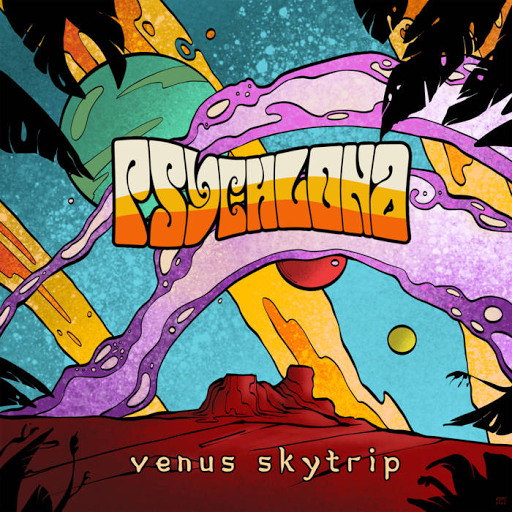 this is truly one of the finest records i've heard in a long time, the space is right the tone is perfect the vox are great the presentation and production are stellar. i dunno that's it, its solid from front to back

only thing, band name, its cool, but its pushing the pretentious envelope a bit fellas, but mostly people wont be able to spell it or search for it, because most people can't spell words with 1 or at most 2 syllables.

great work tho, masterfully done, pick it up, its super heavy duty psych blues rock along the vein of king buffalo or all them witches

Posted by Mr McMayhem at 2:24 PM No comments: 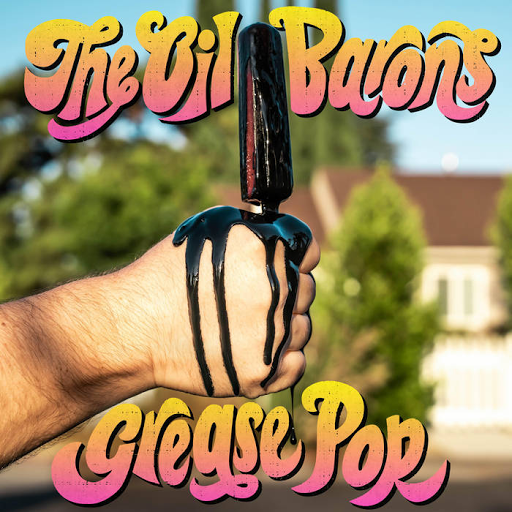 running across these guys this morning was an interesting treat. if you're a fan of peter pan speed rock, the chuck norris experiment, turbo negro or electric frankenstein you'll find their sound is similar. however, it should be noted that there is some boogie and hammond organ that make these guys a very unique trio. it seems these guys definitely got the memo on being a rock and roll band, its about dropping the pretense and doing whatever you do, just harder than everyone else. the variation in this album will also be a crowd pleaser. the final track sounds like its a lost kyuss tune and the singer simply nails the garcia vox tone

check out these riff slinging melody machines, a fav track off this slab for me was garbage train, spectacular stuff indeed.

Wicca - You sow Your Crop 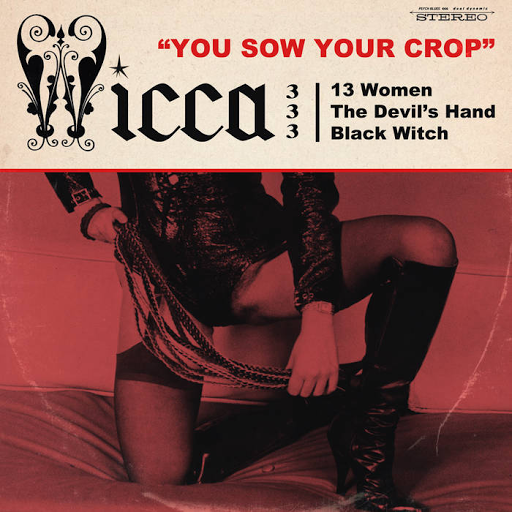 rock and roll is real, so lets get on with it

i stumbled upon these guys on bandcamp, just randomly looking under the desert rock hashtag.

first we'll start with the critical stuff, the name is cringe, and this is coming from a guy who used to play in a band with a terrible name, a couple bands with awful names tbh. but beyond the need to project less of a 'tough guy' metal bs persona, this ep kicks ass.

if you're into mars red sky, or maybe some of the more melodic electric wizard, this record is for you.

the tracks have the right guitar tones, the right chord progressions and frankly the composure overall is quite good. its typically the lyrical quality or some thing that ruins the sauce but wicca certainly have done a fantastic job musically. again the only criticism i have is the projection or my perception of their projection and it comes off as a bit try hard. like i said, having been there i get it, but that also wears off after a few years so maybe they'll come around. the best thing about rock and roll is that its not serious, it never has been and it needs to be fun. so if you think black metal dudes sleep in their bullet belts, well you may be correct because they're lunatics, but most rocker dudes go to work and have normal lives, and that's what rock and roll is, its the regular guy's music.

so enjoy some regular guy music with this varitable regiment of steam rollers pounding sweet melodic drone and riffage into your side head holes.