Criticizing, Saying Fuck You & the Difference.....

Hi, how are you. There are so many times, especially recently, I would have enjoyed reviewing an album that just came out from a band I'm into or want to get into and then it falls short and I feel as if it wouldn't be very polite in a way to say 'hey this is weak and I wasn't into this due to my personal stylistic choices.' However, I don't think this is fair because at the end of the day when the egos are tucked in bed everyone wants to know how they're doing in whatever it is they do.

Essentially I dont want to tell people they suck wantonly, exactly the opposite, I want to tell them how rad they are, but if I can offer insight why not do it? If I don't care for the vocal styling of a band then so be it from hear on out. Its my opinion really, why the hell would anyone truly care. Its all notes for future endeavors.

I'm far from a journalist, just some rock n roller who puts words on the internets. So when I read some tips on art criticism I really got a laugh outta one that said 'Criticizing someone's art is like criticizing someone's children'. Now trust me, I do that all the time, some people have no business guiding another human through life, but it happens. Just like how art is produced sometimes spontaneously and I'll hear grinding wonderful tone and someone else would hear straight up noise.

So where am I driving with this? Well, with all the lists that came out this year I noticed several of the same bands in these lists and while several great bands put out albums this year after either a time period of silence or maybe it was their first effort but its important to remember that it shouldn't be taken as mosses coming down with chiseled tablets. Some of the efforts this year came in way sub standard for the musicians that produced them. Some were mind blowing, others were above average for the typical from the respective outfits, but lets not get wrapped up in what people have previously produced. Lets keep site of the fact that even the classical composers had stinkers by the truck load and weren't appreciated by all. We shouldn't be too quick to say something is a masterpiece for the ages if its alright at best.

The silver lining to this whole thing is that you never know what the end user will do with the tunes you make and really that's the hope all musicians carry I think. Its they carrying on of a human tradition not the production and pay off from that tradition that matters. I'll always commend my friends and other musicians for their efforts and talents, but lets agree that the sun does not shine out of everyone's asshole that makes a record as it certainly doesn't shine out of mine, as far as I know.

With that I hope you all have a great and safe holiday season, remember to keep your mind open man, pull in all the experience of being a human that can enjoy music in all its facets for better or worse. 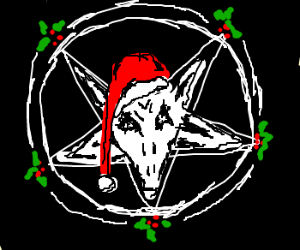 First of all if you dont know who these guys are get yourself to the hagerstown area of maryland or at least get on their bandcamp and support these dudes.

Alcohol Pussy and Firearms, APF, released the album Gold Lead Iron a couple months ago and I for one have listened to this baditude riddled blues rock beast several times.

Having had the chance to share show bills with these guys I can tell you that being at an APF occupied show is nearly as fun as watching these charismatic lunatics during their set.

The album Gold Lead Iron is the bands second full length release, check out the bandcamp link below for this record and the previous which rocks just as much. I sincerely enjoy all the tunes on this record and think these three fellas know how to produce quality music. The one thing I noticed that stuck out however was the recording quality, it seems to lean a bit toward the extreme end of low fidelity. The low fidelity thing works for these guys and their style but I really do believe given the run of a killer studio and a great budget they'd be able to craft and almost encapsulate the energy and quality brought to their live show. This doesn't mean its not worth its weight in........gold lead or iron, because it certainly is.

You can expect guitar and really overall tone that is so sweat you'll probably want to see your doctor about your soon to be contracted sonic diabetes. I really can't say enough about the obvious duality of care, craftsmanship and utter mayhem that seem to envelop the very style of APF. I've certainly enjoyed this installment, still enjoy the previous and will continue to. Grab a big shovel man cause there's so much to dig when you get into APF land.

Check out the bandcamp below, they have a facespace as well, get out to see these guys if you have the chance its a treat and wherever these guys end up with the next edition I'm sure it'll blow some minds again. 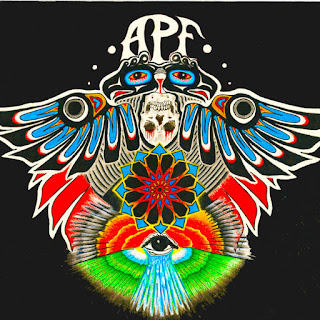 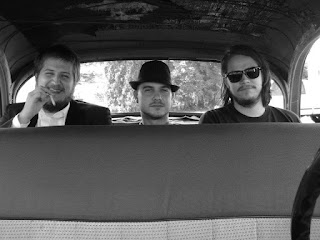 Posted by Mr McMayhem at 2:41 PM No comments:

Upcoming Reviews, The Season of Fucking Craziness, Electric Beard of Doom and what have you........

Man so much going on this time of year no matter what your bag is it seems. Got a couple cool reviews coming up, New Baroness just came into my possession, which its totally rad, got new stuff from Egypt which rocks and a few other reviews that I am happy to post, they may not be so nice which feels slightly off in this season but if you don't wear the kid gloves all the time things can get done, plus that's what a review is, my opinion and there are a few rings I'm itching to toss my hat in.

So anyway, stay tuned, I'm not doing an end of the year list, we all know what ruled this year from the heavy outfits in the stoner/doom sphere and please check them all out, live and otherwise this shit makes great christmas presents, but its been a great year with a lot of great tunes.

Another thing I'd like to comment about is a great pod cast that goes by the handle Electric Beard of Doom, link below, if you dont listen to this thing all the time fair enough but man get on the end of the year show its a killer and really a whos who of legit underground rock, plus Mr Harrington is a god damn riot.

Thanks for the support and stoked to keep this bitch rolling forward.


Electric Beard of Doom on MixCloud
Posted by Mr McMayhem at 1:36 PM No comments:

Its tough sometimes being objective when it comes to your friend's band. Sometimes you're truly into it and think lead based riffs just flow from their fingers, get it, cause lead is a heavy metal, and some you appreciate them as your friend and dig that they express their art, because why not.

Let me make myself very clear, this album is the lead based type, the, 'we fucks you up with our riffs man' kind of record.

The opening track launches you into the wizard sphere where at any moment from the nefarious depths of the layering and churning riffs you could be strangled to death by the singer/guitar players 6ft dreads. Its also a very real possibility you'll just get lost in the masterfully mesmerizing bass lines and just fall off the edge of space time, its hard to say. But don't worry about that right now, the sweet tones and constant forward driving momentum construct a vehicle that your brain will have no choice but to buy a ticket and take the ride, you don't need to do much, just sit back and the album will take control of your body movements, from toe tapping to uncontrollable head nodding, its going to happen, just let go.

So I dig this album, I think we've adequately painted this picture. Since I've had the pleasure to witness these tunes live several times, let me tell you, Its one hell of a show. All three of the wizard boys know where that groove is, always. Moreover these guys know what heavy rock and roll is and you should know who Wizard Eye are. Check out their latest offering the S/T as well as their previous record orbital rites, dig that one too! These philly based fellas have also provided you people with a live album which displays just how surgical and professional this band is, as well as depicting what someone says when they say 'oh those guys are heavy as fuck live'.

Check out their stuff, if you're in the philly area I have no idea why you wouldn't have these guys under your live belt but be sure to catch them. Like them on Facespace and direct your browser to the Wizard Eye Bandcamp for this and other offerings. Take a shovel cause you'll dig the fuck outta this. 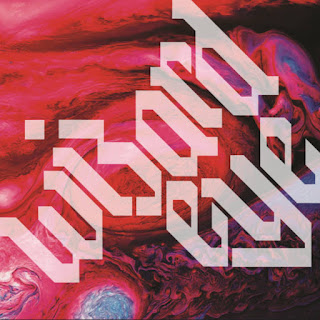